holy cow Nandi from India on an iron foot

holy cow Nandi from India on an iron foot
Size: 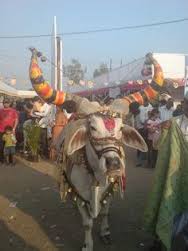